Troll Poppy – are you asking “Where can I find a enterainer Troll Poppy near me?’

Planning a birthday party for your little one and want to make it super special? How about hiring a Miami Superhero performer to come and entertain the kids? We have both Troll Poppy Mascot costume performers and human singers available. Our performers can sing all the songs from the movie live for all the kids at a birthday party, making it an unforgettable experience for them. They will be excited to see their favorite characters come to life right in front of them!

Book now by clicking on this link or call us now! 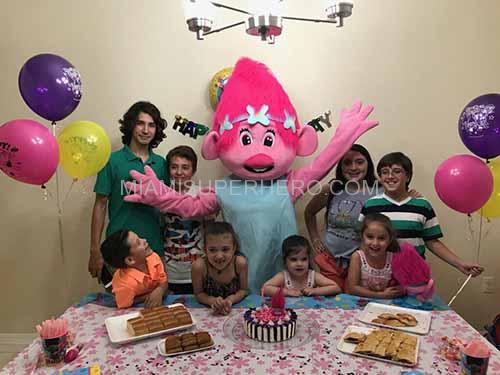 Will use Face Paint for Party 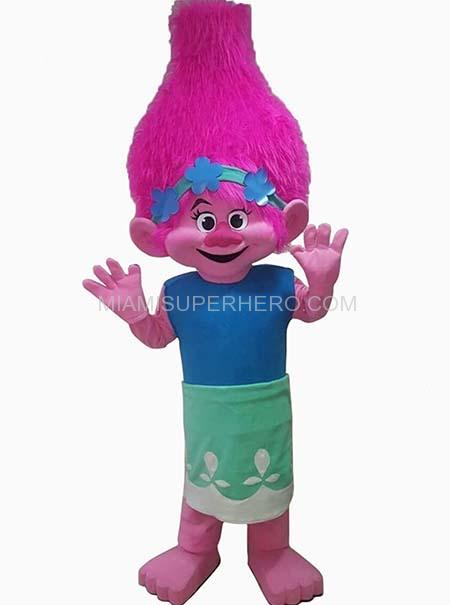 Branch can break it down 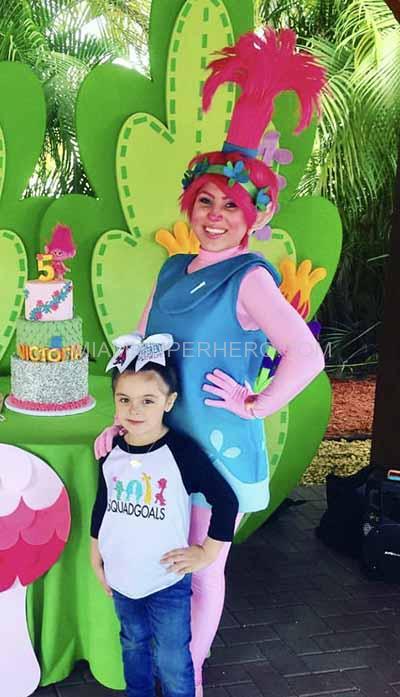 GET QUOTE ONLINE
SEE OTHER CHARACTERS 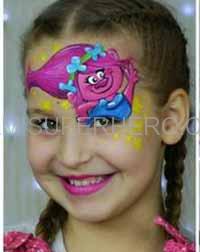 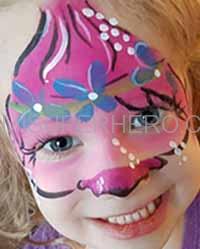 Troll Kids Costume Performers to Cheer Up Your Little Ones

We all had a favorite superhero party when we were kids. Almost all people on this planet are ardent fans of one or the other comic character. Kids idolize these characters and become genuinely attached to them. This attachment culminates in the desire to meet these characters in person. Now, adults may understand that these characters are just a figment of a certain writer’s imagination. But how would a 7-year-old understand that his favorite character can’t come and meet him on his birthday? This is where Miami Superhero comes in.

Hire Our Troll Character Poppy for Your Kids Birthday

Miami Superhero boasts of a huge collection of character costumes including some of the most popular characters like Ninja Turtles, Wolverine, Batman, etc. The latest in-line Miami Superhero’s exclusive range of costumes is the Troll movie character Poppy. The lead character of the 2016 movie Trolls; Poppy has become immensely popular among children across the globe. Children adore Poppy and her cute mannerisms. 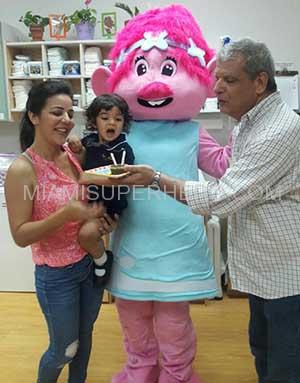 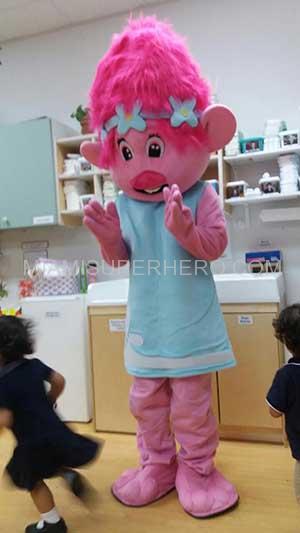 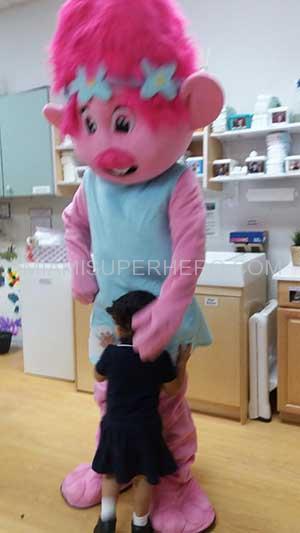 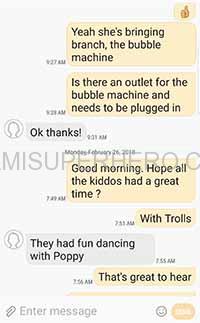 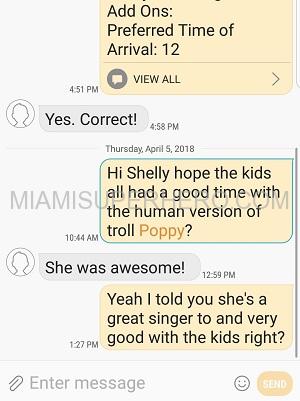 GET QUOTE ONLINE
SEE OTHER CHARACTERS

The movie follows the journey of Troll Poppy’s character as she tries to save her friends from the Troll-hungry Bergen’s. The movie begins with a baby Poppy being served to the Bergen Prince Gristle. However, she is saved and replaced by a decoy. Then we get to see a grown-up Poppy who is still chirpy and bubbly. With a sprouted ponytail, blue dress, and green hairband Poppy has become one of the favorite Troll characters among girls.

Poppy is one of the characters that children can easily relate to. Innocent, carefree, mischievous, selfless, energetic, and at times naïve, Poppy can be childish and yet rescue everyone from Bergen’s castle. The Troll movie character Poppy is quite similar to popular Disney characters like Anna from Frozen and Joy from Inside Out. Like these characters, Poppy loves to sing, dance and is always optimistic. It is no wonder that kids around the globe adore this pink fluffy character.

Hiring a Troll Poppy character can turn any children’s party into a fulfilled event. As a crossover between comic characters and fairy-tale princesses, Poppy has become an immensely popular character. She is funny loves parties. The plot of the movie starts to unfold from the very first party thrown by Poppy to celebrate the escape from Bergen town. Poppy is the ultimate party troll. What she truly believes in is that every problem can be solved by a song, dance, and a hug. So kids are bound to be happy when they see her dancing.

At Miami Superhero you can avail an interactive package to make your party more interesting. The character interactive package lasts for one hour and is the most popular package. The character performs a theatrical entrance. For the entire duration, the character performs its well-known dancing and singing sequences. The package also includes competitions and demonstrations. The character also participates in the piñata. Poppy cheering the kids while they try and hit the piñata will be a memorable experience. Other packages offered by the event planners at Miami Superhero include: