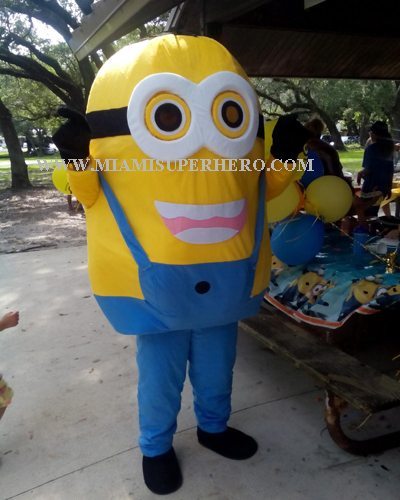 Minion party characters are filled with ENERGY and EXCITEMENT – get ready for this roller coaster ride ! 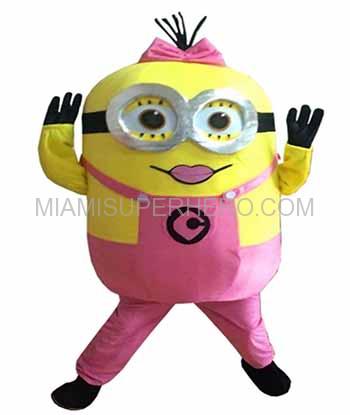 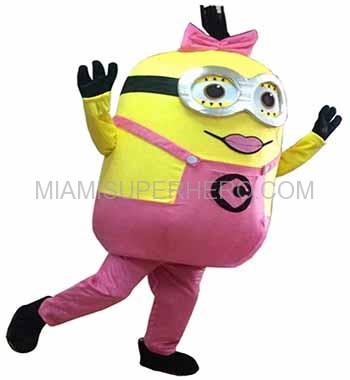 Parents Info on Character – will help you with questions from your children ?

The despicable minion is a fictional cartoon and many people combine a party princess with Minion who is small, yellow and cylindrical creature with two eyes. The creatures are impulsive with very less self -control. They are small wide eyed wonder with odd innocence. This is why viewers are able to relate and connect with them well.

The creatures can be a bit pesky when they are in weird interactions with other animals, people and objects. The simple homunculus creatures are a bunch of exuberant mind. Their height, number of eyes, roundness and secondary features such as hair, eye pupil make them stand apart.

Minions love to wear metal shades which help them to accommodate their number of eyes. They wear blue clothes with small black gloves. An emblem of GRU is present on front.

There are additional psychological characteristics which Minions bear. They can grow double in size with a crack and shape. This happens when they are in dark. They have the capability to survive without oxygen or air. There are several hundred minions Minions are friendly and fun loving character. They have their loyalty towards Gru and Dr. Nefario. Gru has a soft corner for all the minions. He knows each of the minion by name and shows appreciation for their work.They have an extraordinary mind to build weapons and operate those using computers. They know how to drive. Their mode of expression is actions and not words. They chat in a strange language. They can understand the Basic English language but we cannot understand their language.

The favorite fruit of minion is banana and apple. They call the combination of the two as bapple. Minions enjoy fine arts. They love to do new things and try their hands on new jobs. They have a sense of humor as the little children. They would start laughing at the sound of water and many silly and small things like this. The heights of their silliness can be of the level that they Photostat their own butt in a copy machine.

Minions are loved in the games which are there in mobile. The movie Lorax is based on the minion. They have been declared the official mascot for Illumination Entertainment. The allies of minions are Gru, Margo, Edith, Agnes and Dr. Nefario. The names which are in the list of enemies include Evil Minions, Eduardo and Vector. The minions have been voiced by Pierre Coffin and Chris Renaud. Also keep in mind that some people get the minion for their daughter as well as a princess party.