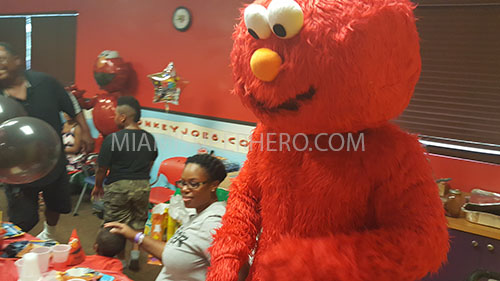 Elmo is a hairy red Muppet monster with an orange nose and some parents actually get Elmo to join at princess parties to keep all the little ones ages 1 to 3 entertained. He is self-explained as a 3-and-a-half years old, and favor to himself almost fully in the third person. The character proved to be hugely famous with toddlers that in 1998, he was given his own complete segment on Sesame Street known as “Elmos World.” Beginning in season 43, a fresh Elmo-centered segment named “Elmo The musical” airs in its location.