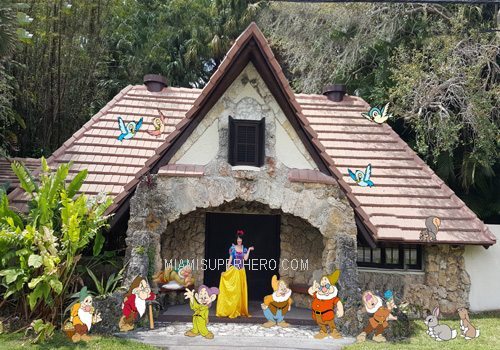 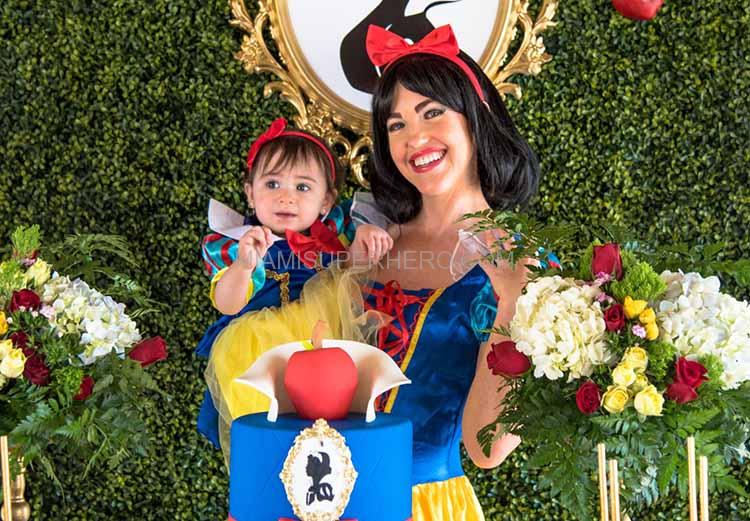 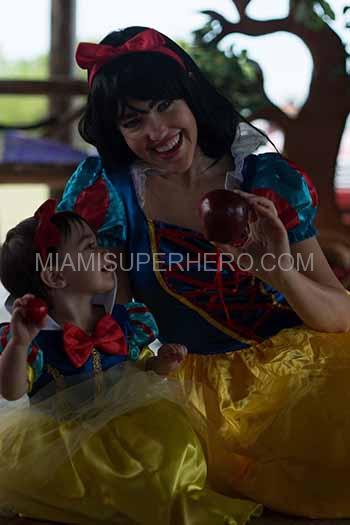 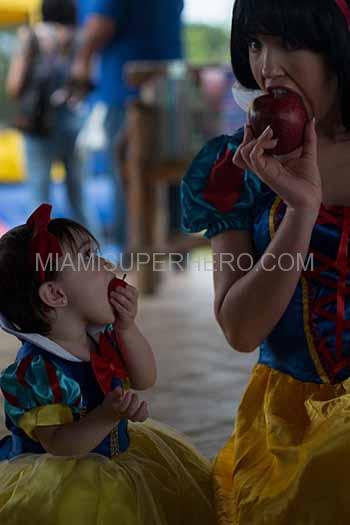 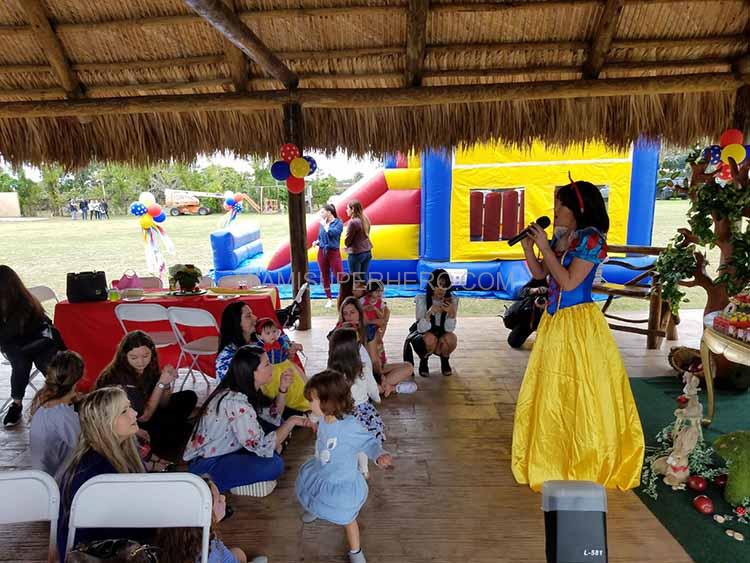 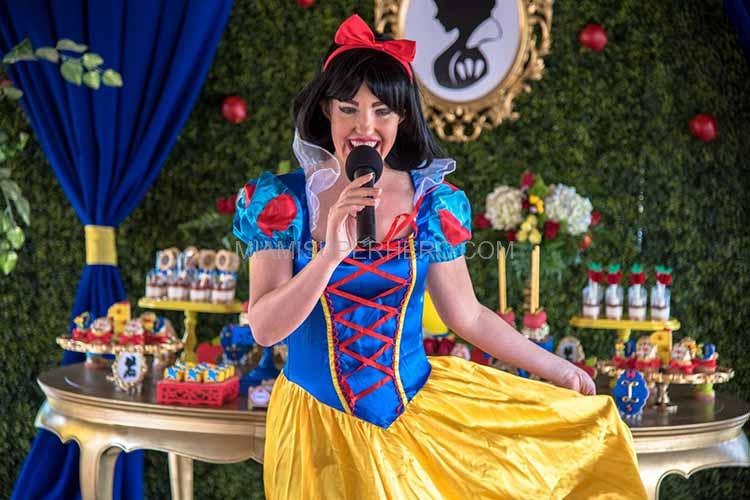 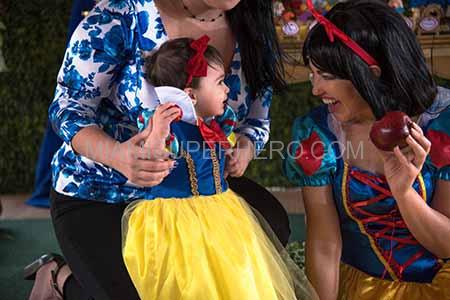 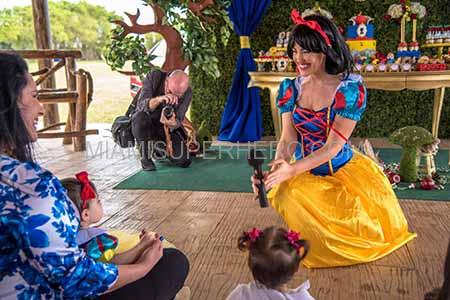 She is a beautiful princess, the “Fairest of Them All”, who, in her purity, cannot see any of the evil in the globe. This makes her more susceptible to her jealous stepmother, the Queen, who wants to be the fairest in the land; anyway, Snow White purity and inherent kindness inspires her friends, the Seven Dwarves and forest 7 animals, to save her making for amazing princess parties. In the movie, she is both a defensive mother figure and an innocent child in a link with the Seven Dwarves and the forest animals.

Snow White was born into the noble family. Her mother died after her birth. After some time, Snow White father remarried a cold-hearted and vain queen. Not long after their marriage, the father of Snow white and King, suspiciously died, leaving the beautiful princess an orphan.

The characterization and design of Snow White was influenced by both the heroine of traditional Western romantic fairy tales and famous Hollywood heroines. Early designs presenting snow white with blond hair advice Eugene Grasset picture of the goddess of Le Printemps as another influence; Snow White Disney, Grasset goddess is nearly linked to nature, and as, in one of Grassets studies for the piece, kids party characters of Snow White entertains animals with music.

Snow White is famous for her optimism and kindness – both of which act as her largest strengths, as they have guided her safely via the various hardship faced during her life. She is fast to charm, winning the admiration and trust of the prince, seven dwarfs, and forest animals rather fast, proving her pleasant and kindness aura makes her a loved figure. Snow White beauty likes both within her pure heart and physical appearance. With no negativity within her, Snow White is the actual embodiment of innocence and positivity.

She can also be humorous, and somewhat sassy, as she takes benefit of Grupmpy sour disposition and primary dislike for her by teasing him, and continuously rejecting his rude remarks by keeping a beautiful smile or cherry glow.

Her amazing signature court dress consists of dark blue bodice with a top white collar; her little puffy sleeves are a lighter blue color than her bodice and the red cloth poking via exemplify the “slashing” design, which was extremely fashionable in Tudor times. It involved slashing the cloth on the outside of the outfit and pulling over another layer of cloth from underneath.

Be The 1st To Reserve A Dwarf At Your Event